Young Mothers and Their Babies

There are a lot of young mothers out there. Some may have planned to be one and some were surprised they were going to become one. When you are younger and become pregnant, people tend to look down on you, talk about you, say they will be there for you but don't, think you made a stupid mistake or whatever. This world looks down on young woman that has kids or who’s pregnant, and that's crazy because we all must come from somewhere and someone. Today, if you old enough to have sex, without protection than you are old enough to take care of a baby if that's the outcome. (this goes for both parents) 👀

I interviewed a few young mothers and asked them the following questions...

1. Did you plan to get pregnant? And if so what steps did you take to prepare yourself?

2. Did you want a boy or girl? Where you surprised when you found out the gender? Which parent was correct on the sex?

3. What was your reaction when you found out? What was dad’s reaction?

4. Who was there for you through the pregnancy?

5. Were there any complications? (don't have to answer if too personal)

6. What did you crave through your pregnancy? Who had the morning sickness or feeling sick the most? (mom or dad?)

7. What advice would you give to moms to be and those wanted to start conceiving?

And these are their answers.. 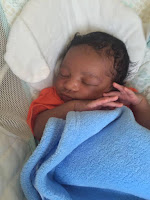 Yes, me and my husband planned on getting pregnant. I made sure we both had stable jobs and we talked about having kids prior to becoming pregnant. Other than that, I think being prepared for kids is to prepare for any and everything. Lol I really wanted a girl, but my husband of course wanted a boy. I was very surprised I was having a boy but it really didn’t matter at the end of the day as long as baby was healthy. My husband’s mom was correct on the sex. lol I was like what the fudge lol but immediately after, I was very excited. My husband was super excited, he said he needed someone on his team. My support team consist of God, my husband, my mom, and his mom. There was nooooo complications, thank goodness! At the beginning, I craved all starches, so bad but after the first trimester I ate nothing, but fruits and drank lots of water. I got a lot of compliments about how healthy I was. I was 23 when I had my son and he is 1-year old now. My husband and I are expecting a baby girl soon and I’ll be 24 when I have her.❤

No, I didn't plan to get pregnant. At first, I wanted a boy and my intuition told me from the beginning that I was going to have a boy. I didn't have a doubt about it. I was shocked when I got a positive pregnancy test but was happy. With my mom passing it gave me a lot to look forward to. His dad wanted nothing to do with it. The only complication I had was having to be induced 2 weeks before his due date because his placenta stopped working properly and his stomach was measuring smaller than usual. I craved popsicles, ice, and fried shrimp. I was 22 when I had Khalil and he is now turning 1-year old on July 18, 2017. I'm a 23-year-old proud mommy and he is my heart.❤

No, I did not plan on getting pregnant. I really wanted a boy, I felt like raising a boy would
be easier because I'm not a girly girl. I didn't know how to do hair and I still don't know how.

I was surprised because both of us thought I was having a boy. We had a name and everything. Well, dad cried like a little baby as I sat and watched the screen in disbelief that I was going to be a mother. My whole family really and a few co-workers. Everyone gave me their food with no hesitation lol. The only complication came when it was time to deliver. My blood pressure was sky high and I would not dilate. Both me and my baby had elevated heart rates so I had to have a C-section. All I craved was candy! Lollipops, starburst, any sweet, and sour straws. Actually, any sour candy really, I had to have it. Neither one of us had bad morning sickness but we did want to sleep all the time. I was 26 when I had Rumyr. She is one now and will be two in November. ❤ 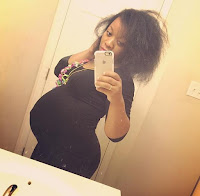 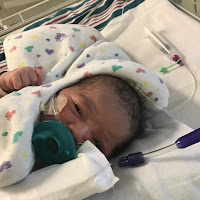 No, my pregnancy was not planned. But when me and my boyfriend found out he started buying diapers, wipes, stroller, and a car seat. I wanted a boy so bad, but when I found out that I was having a girl I was happy. I want to raise her right, I want to make sure she turns out to be a respectable, successful woman. My daughter’s father, said I would have a girl so he was right on our bet, I was shocked. Everybody was telling me about the old wise tails, on what you were going to have based in how low your stomach was, if your nose got big, stuff like that. There were some complications. I started to have contractions early in November and I was not due until January. During birth, the real complications came in. I had to have an emergency C section because her heart rate kept spiking and dropping extremely low due to the fact I was having 3-5-minute-long contractions. And she wasn't low in my stomach. She was more near my ribs so when I would push, the doctors wouldn't feel anything. I was also induced because she wouldn't practice breathing on her own. And the doctors said it would be best if they induced me. After birth, she was in the NICU for 3 days. But I never once got morning sickness or felt any type of sickness when I ate any food. I always craved chocolate or something sweet and I always ate Taco Bell. I love Taco Bell, I ate it at least once or twice a week. I had my baby girl when I was 19 and she is now 6 months.❤

No, I did not plan this. I definitely wanted a boy! We both thought it was a girl because they run in both families so we were definitely surprised. But we hoped for a boy the entire time so I guess we were both right! So, the day we found out was crazy. That day


we found out the gender and found out he had a heart condition. So, we were definitely emotional and crying but ecstatic that we both got the boy we wanted! My boyfriend was definitely there for me throughout my entire pregnancy. My mom was as well. There were complications. My son has congenital heart block which basically means his 4 chambers don't beat on one accord. In his case the part called the ventricular rate beat at almost 3x less than the rest of the heart. This was due to lupus antibodies that I was unaware that I had. The pregnancy was very high risk. I had to go twice a week to check on him. I craved tropical smoothie. I was lucky not to have any sickness, but dad wasn’t, he had all the sickness. I'm 24, I just had him and he's 2 months.❤ 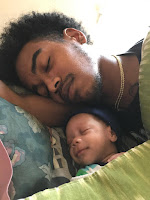 No, I didn't plan on getting pregnant. I wanted a boy and I was more excited than surprised. Of course, my mothers are always right. I was in shock when I found out. I kind of laughed it off like this can't be real life right now. My dad didn't talk to me, my whole pregnancy and he still hasn't. My mom, family, and friends was there for me during both pregnancies. I didn’t have any complications at all. For some reason, I just wanted sunflower seeds and water. I didn’t have any morning sickness, but weirdly my mom was eating and throwing up like she was the one having the baby. I had my first son at 18 and my second at 21. Today, my babies are 3 years old and almost 2 months old. ❤

I think becoming a young parent is not as bad as people make is out to be because as long as the parents or parent is taking care their child than there is no point to criticize them. I hate when the families of the parents disown their child because they have a baby on the way or already have one because that is still your child at the end of the day. Like I said before if they are old enough to do it than they should be able to take care of their child. Having a child is a beautiful thing and no one should have the right to take it or criticize the one giving it. The decisions of this child belong to the parents, when it should be conceived, how the baby should be raised, and everything else that has to do with that child. Others can give advice or suggestions or their thoughts but its the parents choice to take the help.

LovelySoul
Hello, I am Marla. I started this blog when I was in a dark place in life. I needed an outlet and where I can say what I need to. I dedicated this blog to my everyday life.

LovelySoul
Hello, I am Marla. I started this blog when I was in a dark place in life. I needed an outlet and where I can say what I need to. I dedicated this blog to my everyday life.